The College of Education’s Worlds of Words, in collaboration with Resplandor International, is expanding in Mexico, launching a visiting scholar program in honor of the late Richard Ruiz — and growing its library.

Roughly 10 miles outside of Guanajuato, Mexico, sits the home base for Resplandor International, a nonprofit humanitarian organization founded with a desire by those at the University of Arizona to enrich cross-border cultural competency and promote economic development through education.

Many of the UA employees and students who have worked with Resplandor in partnership with Mexico communities, organizations and agencies have been directly influenced by the work of the late Richard Ruiz, former head of the UA Department of Mexican American Studies and an Honors College faculty member, who died unexpectedly last spring.

As Resplandor — launched in 2008 and built in a rural, abandoned house — is expanding, with its library approaching a July dedication, the organization’s director, Todd Fletcher, found it fitting to establish a visiting scholar program in honor of Ruiz.

“Richard was engaged in so many ways. He was such a strong figure in our college and in the University. I have such high esteem and respect for him, and thought this would be a great way to honor him,” said Fletcher, also an associate professor in the UA Department of Disability and Psychoeducational Studies.

Alba Nora Martínez, a colleague of Ruiz’s, has been named the inaugural holder of the Richard Ruiz Scholar in Residence for the summer program.

Also, in partnership with Kathy Short, director of  Worlds of Words, Resplandor has launched a campaign to raise $10,000 in support for the residency program.

A Feb. 20 fundraising event, Resplandor International Fiesta, also will be held from 3-5:30 p.m. at the WOW collection on the fourth floor of the UA Education Building, 1430 E. Second St.

“This is a great way to contribute to my countries,” said Martínez, who maintains dual citizenship. “I’m so proud to be here doing this work.”

In the same way as Resplandor, WOW provides unprecedented public access to educational programming and literature with a focus on improving childhood literacy.

“Children in every part of the world are now connected globally — that wasn’t true of our generation,” said Short, also a professor in the UA Department of Teaching, Learning and Sociocultural Studies. WOW maintains a mission to encourage intercultural understandings through the love and practice of reading.

“With the changes, in terms of global mobility, connections with social media and the Internet, children need the opportunity to also feel connected to other children globally,” Short said. “And when you realize your perspective is part of many — that there are many ways to live and think in the world and that you can interact with an open mind, without judgment — you can see global perspectives and alternatives that can inform you socially, economically and demographically.” 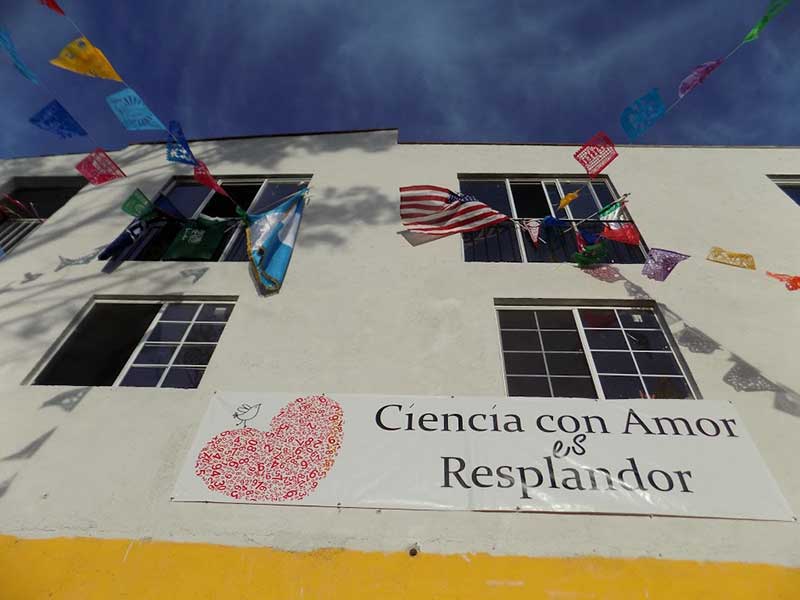 Thus, both Resplandor and WOW share a cross-border focus in ways similar to Ruiz, whose life work was to help strengthen the academic success of bilingual and biliterate students.

Fletcher said Martínez was especially well-suited for the new residency given her earlier work with Ruiz, her binational orientation and her extensive work with schools and libraries in both Mexico and the U.S. In addition to helping to establish a private literacy center in Mexico, Martínez is an expert in children’s literacy, especially that of Mexican and Mexican-American youth.

Having listened to a presentation Martínez offered during a conference in Mexico, Ruiz recruited her to serve as a lecturer for the UA Department of Spanish and Portuguese. Since leaving the UA in 2012, Martínez has served as director in residency for the University of Alcala’s Study Abroad Spanish Program, and a visiting professor at Universidad Iberoamericana in Mexico City.

At Resplandor, Martínez will promote the mission of Resplandor and Worlds of Words, expanding the library and its programs and services while working with local organizations and involving families in the nearby communities.

“There are very few public libraries in the area,” Fletcher said, adding that Resplandor serves the communities of La Cienega, Cajones, La Trinidad and San Jose de Gracia. “Those that are have very few books are in poor conditions and are not easily accessible.”

Above all, Martínez will work to cultivate a love for reading in youth.

“I want to motivate readers to look at reading in new ways,” said Martínez, who already has donated dozens of books from her own collection to Resplandor’s library.

Improved literacy is important for academic, social and economic well-being. UNESCO upholds that literacy is a human right, and research indicates that literacy skills are intimately tied to personal empowerment, social engagement, community participation and one’s ability for informed decision-making.

Yet research indicates that reading for recreation drops off significantly after high school. That problem is compounded because many children and families do not have access to books at home, let alone robust public library systems, Martínez said.